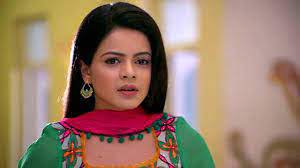 Kosi and Raman’s discussion gets recorded by Thapki’s secret camera! Will they see it?

Shraddha tries to get close to John! What is she up to now?

Bihaan tells Thapki to leave his home! What will she do?

Bihaan is kidnapped! Who has taken him and what do they want?

Thapki reveals the truth about Kosi and Naman to John. How will he react?

Thapki tries to make everyone understand that Kosi and Naman are guilty but nobody in the house believes Thapki!

Shraddha comes to know the truth about Kosi and Naman. What will she do now?

Kosi and Shraddha have a fight in which Kosi tries to kill Shraddha with a knife!

Shraddha pretends to be a ghost and tries to scare Kosi and Naman, who think that she is dead!

Thapki comes to know that she is pregnant! How will she react?

Shraddha decides to go to the beauty spa, where Sankar spots her!

Grandma starts walking and assures Thapki that she will tell everyone the truth about Kosi. Bihaan and Thapki dance and share some romantic time together.

There is a blast in Kosi’s room, where Kosi gets injured. Kosi blames Thapki and says that Thapki put a bomb in the candle!

Bihaan asks Thapki to leave the house forever! Thapki leaves a letter for Bihaan in which she informs Bihaan about the pregnancy. Will he read the letter?

The story takes a 2 year leap.

Bihaan and Sankar get engaged!

Thapki returns and plans to seek revenge from Bihaan and his family for the loss of her child!

To separate Kosi and Shraddha, Vaani gifts Kosi a sari worth 2 million and gifts Shraddha a cheap silver bangle and tells her that she does not have the standard to get expensive gifts from her.

Bihaan tries his best to expose Vaani and prove that she is Thapki!

Bihaan convinces Vaani to stay at the Pandey Mansion.

Dhruv is back in the picture and he saves Thapki from being exposed!

Determined to expose Thapki’s disguise as Vaani Oberoi, Bihaan brings her sister Aditi to the Pandey Mansion! How will Thapki react?

Thapki and Dhruv join forces and vow to see the end of Kosi and Shraddha!

To win the trust and love of Shraddha, Dhruv gives her gold dandiya sticks for the function and Shraddha is totally impressed by him and flaunts her gold sticks.

Annoyed by Bihaan’s constant pestering, Thapki decides to get married!

Shraddha humiliates Aditi and reminds her of her humble background!

Dhruv’s plan to cause a rift between Kosi and Shraddha is successful and Thapki uses it to her advantage.

Sankar is ecstatic about getting married to Bihaan.

Dhruv uses Shraddha’s phone to record Kosi’s conversation and plays the same before the family.

An angry Thapki blurts out the fact that she lost her child in an accident!

Kosi is put in an embarrassing situation after Dhruv spikes the juice given to her by Shraddha and this worsens the relationship between Kosi and Shraddha.

Mr. Kapoor tries to molest Aditi! What will she do?

After hearing the news about Mr. Kapoor, Bihaan meets him on the road and beats him up!

Bihaan reveals that the real Vaani Oberoi is an old lady and forces Thapki to reveal the truth, however, Thapki stands her ground, claiming that it is her grandmother and her lawyer acts as the proof!

Dhruv and Thapki get an inch closer to their goal as he gets the property papers from Shraddha by offering to get it transferred into her name.

Shraddha tries to ruin the Karwachauth celebration by holding chilli powder in front of the fan!

Bihaan is still in love with Thapki! After getting the property papers from Dhruv, Thapki asks Bihaan and his family to vacate the Pandey house!

Vaani warns Shraddha not to act over smart or else she will reveal her truth to Kosi!

Thapki states that Bihaan has to marry her in order to procure bail and get back his lost fortune. What is she up to?

On the day of Diwali, the Pandey’s return to their house and are greeted by Thapki with crackers and house decorations and she even performs house warming rituals for them.

Sankar plots to kill Thapki a.k.a. Vaani Oberoi, for stealing her fiancé from her!

Bihaan throws dirty water on Thapki and the two of them argue!